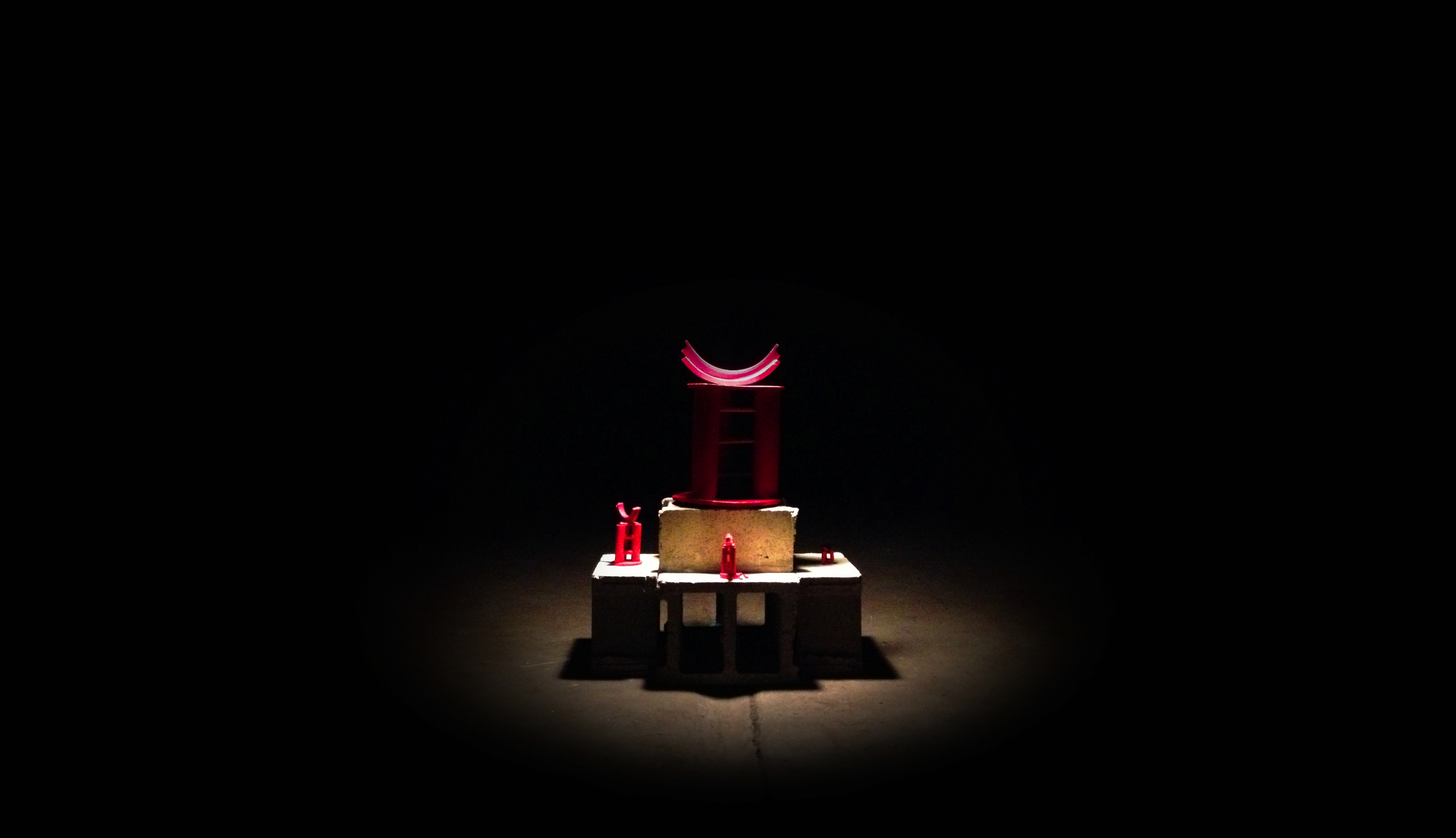 A project about the research of fear, an alternative contemporary form of religion.

In a building (a big former dark warehouse) exactly big as the oldest church in town and parallel to it , I’ve put (hidden in the four corners) 4 mono loud speakers, to surround a ceramic sculpture, set in the middle of space. The sculpture (a sort of “idol” made with the help of Mitch Kimball, master ceramist) is a “decoy” put there to excite curiosity on people to enter and stay inside enough time to be hit by the sound loop. A small video, visible at the building’s exit, gave the final clues to understand properly this installlation.

Indeed, the real core of this work is the sound in the room* (which I’ve been recording for nearly 2 years) that is the mixed sound of screams by visitors to theme parks from all the world (Italy, Usa, England, Japan), when they fall down from rollercoaster’s biggest fall.

The cries of genuine terror were cut and separated from ambient noise, laughter and other noises to obtain a single “treadmill” of sheer terror. As in any religion that is based on the “mysteries”, here is the contradiction between the climate of unease and discomfort caused by the atmosphere created added to the dystonia created from knowing these sounds as derived from happy moments, while all of this revolves around a symbol – visually and physically tangible – of stability and fragility at the same time.